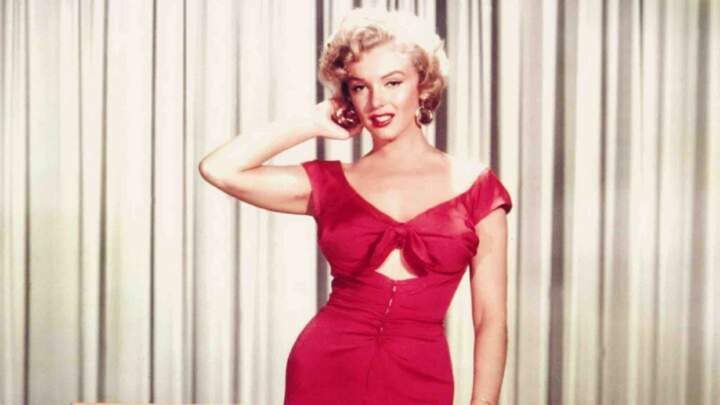 Marilyn Monroe is one of the most famous and beautiful actresses of all time.

Born in 1926, she spent her youth living in foster homes, but she overcame her humble beginnings and catapulted to fame during the 1950s and 60s.

After a modeling career, she starred in numerous films. Some of her most famous films include Gentlemen Prefer Blondes, The Seven Year Itch, and How to Marry a Millionaire.

Sadly, Monroe died in 1962 from an apparent drug overdose. Although the world lost her at the young age of 36, her legacy of films remain.

In addition to her acting talents, Marilyn Monroe possessed depth and intelligence and she left us with some of the most profound quotes of all time.

In Hollywood a girl’s virtue is much less important than her hairdo. You’re judged by how you look, not by what you are. Hollywood’s a place where they’ll pay you a thousand dollars for kiss, and fifty cents for your soul. I know, because I turned down the first offer often enough and held out for the fifty.

I’m very definitely a woman and I enjoy it.

Everybody is always tugging at you. They’d all like a sort of chunk out of you. I don’t think they realize it, but it’s like ‘grrr do this, grr do that…’But you do want to stay intact and on two feet.

A woman can’t be alone. She needs a man. A man and a woman support and strengthen each other. She just can’t do it by herself.

I always felt insecure and in the way, but most of all I felt scared. I guess I wanted love more than anything else in the world.

If I’m a star, then the people made me a star.

Creativity has got to start with humanity and when you’re a human being, you feel, you suffer.

Success makes so many people hate you. I wish it wasn’t that way. It would be wonderful to enjoy success without seeing envy in the eyes of those around you.

Fame will go by and, so long, I’ve had you, Fame. If it goes by, I’ve always known it was fickle.

The most unsatisfactory men are those who pride themselves on their virility and regard sex as if it were some form of athletics at which you can win cups. It is a woman’s spirit and mood a man has to stimulate in order to make sex interesting. The real lover is the man who can thrill you just by touching your head or smiling into your eyes or by just staring into space.

With fame, you know, you can read about yourself, somebody else’s ideas about you, but what’s important is how you feel about yourself – for survival and living day to day with what comes up.

I want to grow old without facelifts… I want to have the courage to be loyal to the face I’ve made. Sometimes I think it would be easier to avoid old age, to die young, but then you’d never complete your life, would you? You’d never wholly know you.

Arthur Miller wouldn’t have married me if I had been nothing but a dumb blonde.

No one ever told me I was pretty when I was a little girl. All little girls should be told they’re pretty, even if they aren’t.

I think that when you are famous every weakness is exaggerated.

Respect is one of life’s greatest treasures. I mean, what does it all add up to if you don’t have that?

I won’t be satisfied until people want to hear me sing without looking at me. Of course, that doesn’t mean I want them to stop looking.

I’m one of the world’s most self-conscious people. I really have to struggle.

Fame is fickle, and I know it. It has its compensations but it also has its drawbacks, and I’ve experienced them both.

Sometimes I feel my whole life has been one big rejection.

I think that sexuality is only attractive when it’s natural and spontaneous.

A man is more frank and sincere with his emotions than a woman. We girls, I’m afraid, have a tendency to hide our feelings.

My work is the only ground I’ve ever had to stand on. I seem to have a whole superstructure with no foundation but I’m working on the foundation.

I’m one of the world’s most self-conscious people. I really have to struggle.

I don’t consider myself an intellectual. And this is not one of my aims. But I admire intellectual people.

I’m a failure as a woman. My men expect so much of me, because of the image they’ve made of me– and that I’ve made of myself– as a sex symbol. They expect bells to ring and whistles to whistle, but my anatomy is the same as any other woman’s and I can’t live up to it.

I don’t mind living in a man’s world, as long as I can be a woman in it.

If I play a stupid girl and ask a stupid question, I’ve got to follow it through, what am I supposed to do, look intelligent?

It’s far better to be unhappy alone than unhappy with someone — so far.

I don’t know who invented high heels, but all women owe him a lot!

If you’re gonna be two-faced at least make one of them pretty.

I’ve never fooled anyone. I’ve let people fool themselves. They didn’t bother to find out who and what I was. Instead they would invent a character for me. I wouldn’t argue with them. They were obviously loving somebody I wasn’t.

It’s not true that I had nothing on. I had the radio on.

I love to do the things the censors won’t pass.

When it comes down to it, I let them think what they want. If they care enough to bother with what I do, then I’m already better than them.

I don’t mind making jokes, but I don’t want to look like one.

I knew I belonged to the public and to the world, not because I was talented or even beautiful, but because I had never belonged to anything or anyone else.

It’s often just enough to be with someone. I don’t need to touch them. Not even talk. A feeling passes between you both. You’re not alone.

In spite of everything life is not without hope.

The body is meant to be seen, not all covered up.

All we demanded was our right to twinkle.

I don’t mind being burdened with being glamorous and sexual. Beauty and femininity are ageless and can’t be contrived, and glamour, although the manufacturers won’t like this, cannot be manufactured. Not real glamour; it’s based on femininity.

All a girl really wants is for one guy to prove to her that they are not all the same.

Ever notice how ‘What the hell’ is always the right answer?

Sex is part of nature. I go along with nature.

How wrong it is for a woman to expect the man to build the world she wants, rather than to create it herself.

Keep smiling, because life is a beautiful thing and there’s so much to smile about.

Boys think girls are like books, If the cover doesn’t catch their eye they won’t bother to read what’s inside.

Just because you fail once doesn’t mean you’re gonna fail at everything.

Who said nights were for sleep?

It’s all make believe, isn’t it?

I read poetry to save time.

That’s the way you feel when you’re beaten inside. You don’t feel angry at those who’ve beaten you. You just feel ashamed.

Always remember to smile and look up at what you got in life.

Looking back, I guess I used to play-act all the time. For one thing, it meant I could live in a more interesting world than the one around me.

Maybe I’ll never be able to do what I hope to, but at least I have hope.

Men are always ready to respect anything that bores them.

I’ve often stood silent at a party for hours listening to my movie idols turn into dull and little people.

I am not a victim of emotional conflicts. I am human.

People had a habit of looking at me as if I were some kind of mirror instead of a person. They didn’t see me, they saw their own lewd thoughts, then they white-masked themselves by calling me the lewd one.

Millions of people live their entire lives without finding themselves. But it is something I must do.

For those who are poor in happiness, each time is a first time; happiness never becomes a habit.

Most men judge your importance in their lives by how much you can hurt them.

I don’t forgive people because I’m weak, I forgive them because I am strong enough to know people make mistakes.

The ‘public’ scares me, but people I trust.

I have always been deeply terrified to really be someone’s wife since I know from life one cannot love another, ever, really.

I never wanted to be Marilyn — it just happened. Marilyn’s like a veil I wear over Norma Jeane.

Its not too much fun to know yourself too well or think you do — everyone needs a little conceit to carry them through and past the falls.

This is a free and democratic country and no one has a monopoly on anything.

For life: it is rather a determination not to be overwhelmed. For work: the truth can only be recalled, never invented.

I’m trying to find the nailhead, not just strike the blow.

Men are climbing to the moon, but they don’t seem interested in the beating human heart.

It takes a smart brunette to play a dumb blonde.

Acting isn’t something you do. Instead of doing it, it occurs. If you’re going to start with logic, you might as well give up. You can have conscious preparation, but you have unconscious results.

I love a natural look in pictures. I like people with a feeling one way or another — it shows an inner life. I like to see that there’s something going on inside them.

She’d come out of our apartment in a shleppy old coat, looking like my maid, and all the people would push her aside to get my autograph. She loved it.

I was very, very drawn to her. To me, she was like a golden child. She radiated light and vulnerability. She used to gravitate to me at parties because she knew I was not very secure either. She was fragile. I was very touched by her.

I never saw anybody work so hard, but it wasn’t an easy ride. She did such a good job and personally, I think she stole the whole damn show. I just think she was thrown into a nest of vipers.

Marilyn Monroe’s voice carries on through the films she made and the very meaningful things she said. Her insights are still as meaningful today as they were 50 years ago.