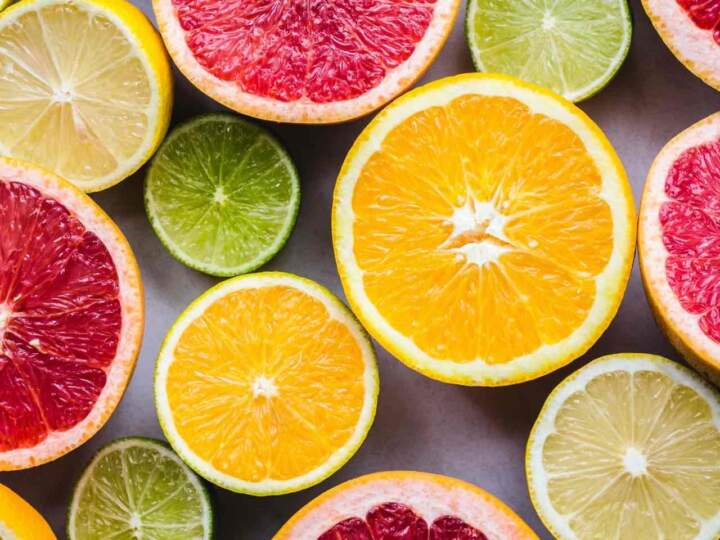 Julia Carolyn Child was born on August 15 1912, and became one of the most well-known American chefs, TV personalities, and cookbook authors of her time.

She lived an amazing life full of adventure, success, and plenty of food.

Child acted as a government spy during World War 2, and developed a shark repellent for the Navy. Later in life, she became a breast cancer survivor.

Julia Child is best known for her cookbooks, which made French cooking accessible to all.

Mastering the Art of French Cooking was first published in 1961 and its huge success led to Julia being given her own TV show. The French Chef was one of the first cooking shows on American television, and through it viewers got to know Julia, her cooking, and her amazing personality.

One of the most inspiring things about Julia Child is that she was a terrible cook well into her thirties. She had no natural talent for cooking, and freely admitted she was a disaster in the kitchen until she started attending classes at Le Cordon Bleu in Paris.

Before she married her husband Paul, Julia ate frozen dinners as her attempts at cooking led to oven fires and an exploded ducks.

Despite a rocky start, she built a legacy as one of the most influential chefs ever, and an inspiration to future aspiring chefs like Emeril Lagasse and Alex Guarnechelli. She is proof that you can create a new career from a passion, whatever your age!

So here are the most memorable Julia Child quotes about food, life, and finding your passion.

The only real stumbling block is fear of failure. In cooking you’ve got to have a what-the-hell attitude.

People who love to eat are always the best people.

The only time to eat diet food is when you’re waiting for a steak to cook.

I enjoy cooking with wine. Sometimes I even put it in the food.

Always remember: if you’re alone in the kitchen and you drop the lamb, you can always just pick it up. Who’s going to know?

You never forget a beautiful thing that you have made,’ [Chef Bugnard] said. ‘Even after you eat it, it stays with you – always.

Just like becoming an expert in wine–you learn by drinking it, the best you can afford–you learn about great food by finding the best there is, whether simply or luxurious.

But I was a pure romantic, and only operating with half my burners turned on.

One of the secrets, and pleasures, of cooking is to learn to correct something if it goes awry; and one of the lessons is to grin and bear it if it cannot be fixed.

We had a happy marriage because we were together all the time. We were friends as well as husband and wife. We just had a good time.

Until I discovered cooking, I was never really interested in anything.

Upon reflection, I decided I had three main weaknesses: I was confused (evidenced by a lack of facts, an inability to coordinate my thoughts, and an inability to verbalize my ideas); I had a lack of confidence, which cause me to back down from forcefully stated positions; and I was overly emotional at the expense of careful, ‘scientific’ though. I was thirty-seven years old and still discovering who I was.

It’s so beautifully arranged on the plate – you know someone’s fingers have been all over it.

I was 32 when I started cooking. Up until then, I just ate.

Of course, an old wine is like an old lady, and traveling can disturb her.

Everything can have drama if it’s done right. Even a pancake.

The service was deft and understated, and the food was spectacular. It was expensive, but, as Paul said, ‘you are so hypnotized by everything there that you feel grateful as you pay the bill.’

I was in pure, flavorful heaven at the Cordon Bleu.

Nothing is too much trouble if it turns out the way it should. Good results require that one take time and care.

Drama is very important in life: You have to come on with a bang. You never want to go out with a whimper.

Maybe the cat has fallen into the stew, or the lettuce has frozen, or the cake has collapsed. Eh bien, tant pis. Usually one’s cooking is better than one thinks it is. And if the food is truly vile, then the cook must simply grit her teeth and bear it with a smile, and learn from her mistakes.

In France, cooking is a serious art form and a national sport.

You don’t have to cook fancy or complicated masterpieces – just good food from fresh ingredients.

To be a good cook you have to have a love of the good, a love of hard work, and a love of creating.

There are only four great arts: music, painting, sculpture, and ornamental pastry- architecture being perhaps the least banal derivative of the latter.

This is my invariable advice to people: Learn how to cook — try new recipes, learn from your mistakes, be fearless and above all have fun!

Remember, ‘No one’s more important than people!’ In other words, friendship is the most important thing—not career or housework, or one’s fatigue—and it needs to be tended and nurtured.

See, when I flipped it, I didn’t have the courage to do it the way I should’ve. But you can always pick it up, and if you’re alone in the kitchen, who is going to see? But the only way you learn how to flip things is just to flip them.

The more you know, the more you can create. There’s no end to imagination in the kitchen.

If you don’t pick your audience, you’re lost because you’re not really talking to anybody.

I’m not a chef. I think in this country, we use the term very loosely. I’m a cook and a teacher.

I had come to the conclusion that I must really be French, only no one had ever informed me of this fact. I loved the people, the food, the lay of the land, the civilized atmosphere, and the generous pace of life.

Tears mess up your makeup.

I think every woman should have a blowtorch.

Just speak very loudly and quickly, and state your position with utter conviction, as the French do, and you’ll have a marvelous time!

If everything doesn’t happen quite the way you’d like, it doesn’t make too much difference, because you can fix it.

Always start out with a larger pot than what you think you need.

You learn to cook so that you don’t have to be a slave to recipes. You get what’s in season and you know what to do with it.

If you’re in a good profession, it’s hard to get bored, because you’re never finished — there will always be work you haven’t yet done.

The measure of achievement is not winning awards. It’s doing something that you appreciate, something you believe is worthwhile.

How can a nation be called great if its bread tastes like Kleenex?

Well, all I know is this—nothing you ever learn is really wasted, and will sometime be used.

But my favorite remained the basic roast chicken. What a deceptively simple dish. I had come to believe that one can judge the quality of a cook by his or her roast chicken. Above all, it should taste like chicken: it should be so good that even a perfectly simple, buttery roast should be a delight.

It is hard to imagine a civilization without onions.

Good french cooking cannot be produced by a zombie cook.

We hope you’ve enjoyed this collection of Julia Child quotes and feel closer to your passion today!