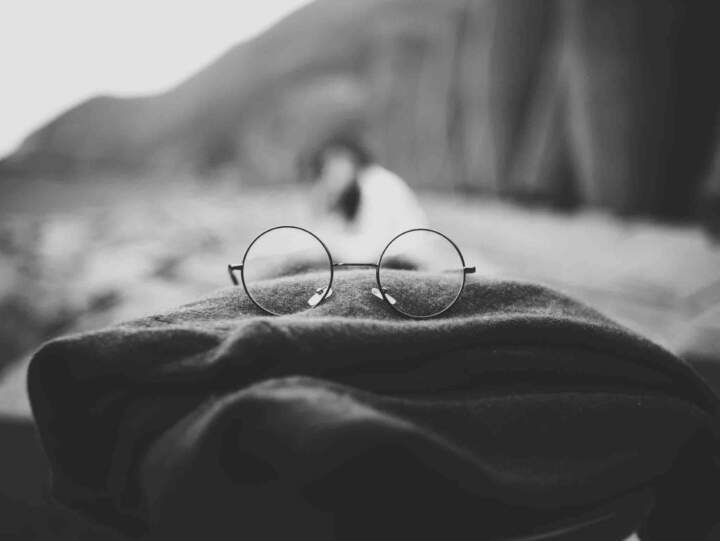 Just 500 copies of Harry Potter and the Philosophers Stone were printed, but it was the beginning of a worldwide phenomenon that would fascinate both children and adults for decades.

What was once a figment of an author’s imagination has become a series of novels, eight box-office hit movies, and a number of major attractions (you can go to The Wizarding World of Harry Potter in America, Japan, Europe and beyond). It has amassed a cult following of loyal “muggles” (non-magic folk) both online and in real life.

Separately, the novels and the movies have grossed over $7.7 billion each, making J.K. Rowling one of the richest and most successful authors of all time.

From Hogwarts to Hogsmeade, Platform 9 and 3/4 and The Burrow, Rowling has created a world that is wonderful and engaging because it meshes so well with our own.

Whether it’s the thrill of shopping for school supplies in Diagon Alley, boarding the Hogwarts Express, or attending a potions class, Rowling brings us into the world of Harry Potter and makes us feel like we belong.

The trials and lessons faced by Harry Potter and his best friends, challenge us and force us to contemplate the big questions about life, love, friendship, loyalty, and destiny.

So whether your love of Harry Potter comes from reading the books, seeing the movies, or a bit of both, we’ve put together a list of the most magical Harry Potter quotes from each.

Fear of a name only increases fear of the thing itself.

But you know, happiness can be found even in the darkest of times, if one only remembers to turn on the light.

There will be no foolish wand-waving or silly incantations in this class. As such, I don’t expect many of you to appreciate the subtle science and exact art that is potion-making. However, for those select few who possess the predisposition, I can teach you how to bewitch the mind and ensnare the senses. I can tell you how to bottle fame, brew glory, and even put a stopper in death. Then again, maybe some of you have come to Hogwarts in possession of abilities so formidable that you feel confident enough to not pay attention!

Just because you have the emotional range of a teaspoon doesn’t mean we all have.

It matters not what someone is born, but what they grow to be.

Do not pity the dead, Harry. Pity the living, and, above all those who live without love.

It is the unknown we fear when we look upon death and darkness, nothing more.

You think the dead we loved ever truly leave us? You think that we don’t recall them more clearly than ever in times of great trouble?

It was, he thought, the difference between being dragged into the arena to face a battle to the death and walking into the arena with your head held high. Some people, perhaps, would say that there was little to choose between the two ways, but Dumbledore knew — and so do I, thought Harry, with a rush of fierce pride, and so did my parents — that there was all the difference in the world.

We’ve all got both light and dark inside us. What matters is the part we choose to act on. That’s who we really are.

Things we lose have a way of coming back to us in the end, if not always in the way we expect.

I solemnly swear I am up to no good.

I am what I am, an’ I’m not ashamed. ‘Never be ashamed,’ my ol’ dad used ter say, ‘there’s some who’ll hold it against you, but they’re not worth botherin’ with.’

To the well-organized mind, death is but the next great adventure.

Every human life is worth the same, and worth saving.

For in dreams we enter a world that is entirely our own.

‘He must have known I’d run out on you.’ ‘No,’ Harry corrected him. ‘He must’ve always known you’d always want to come back.’

And now, Harry, let us step out into the night and pursue that flighty temptress, adventure.

It is a curious thing, Harry, but perhaps those who are best suited to power are those who have never sought it. Those who, like you, have leadership thrust upon them, and take up the mantle because they must, and find to their own surprise that they wear it well.

We’re all going to keep fighting, Harry. You know that?

I am not worried, Harry…I am with you.

Words are, in my not-so-humble opinion, our most inexhaustible source of magic. Capable of both inflicting injury, and remedying it.

Time will not slow down when something unpleasant lies ahead.

Harry Potter and the Goblet of Fire

Of course it is happening inside your head, Harry, but why on earth should that mean that it is not real?

Celebrity is as celebrity does, remember that.

Parents shouldn’t leave their kids unless —unless they’ve got to.

The happiest man on earth would be able to use the Mirror of Erised like a normal mirror, that is, he would look into it and see himself exactly as he is. Does that help.

Hogwarts is threatened!” shouted Professor McGonagall. “Man the boundaries, protect us, do your duty to our school!

Killing is not so easy as the innocent believe.

Harry Potter and the Half Blood Prince

That’s what they should teach us here. How girls’ brains work… It would be more useful than divination, anyway…

What’s comin’ will come, and we’ll meet it when it does.

Once again, you show all the sensitivity of a blunt axe.

From now on, I don’t care if my tea leaves spell, ‘Die, Ron, die,’ I’m chucking them in the bin where they belong.

Have you any idea how much tyrants fear the people they oppress? All of them realize that, one day, amongst their many victims, there is sure to be one who rises against them and strikes back!

Don’t let the muggles get you down.

There were near misses, many of them. We laughed about them afterwards. We were young, thoughtless — carried away with our own cleverness.

We teachers are rather good at magic, you know.

Differences of habit and language are nothing at all if our aims are identical and our hearts are open.

You care so much you feel as though you will bleed to death with the pain of it.

Harry Potter and the Order of the Phoenix

You will also find that help will always be given at Hogwarts to those who ask for it.

But from that moment on, Hermione Granger became their friend. Because there are somethings you can’t go through in life and become friends, and knocking out a twelve-foot mountain troll is one of them.

Harry Potter and the Chamber of Secrets

Finally, the truth. Lying with his face pressed into the dusty carpet of the office where he had once thought he was learning the secrets of victory, Harry understood at last that he was not supposed to survive.

Harry Potter and the Deathly Hallows

I was ripped from my body, I was less than spirit, less than the meanest ghost… But still, I was alive.

I mean, you could claim that anything’s real if the only basis for believing in it is that nobody’s proved it doesn’t exist!

How can I have hung round you for five years and not think girls are clever?

The world isn’t split into good people and Death Eaters.

While many fans have imagined what it would be like to walk the halls of Hogwarts, for Daniel Radcliffe, Rupert Grint, and Emma Watson, it was a reality that occupied a considerable part of their childhood.

Playing such huge roles undoubtedly changed their lives, in some ways for the better, and others worse.

One thing is for certain, and that is that the profound effect of the Harry Potter series, whether in print or on screen. J.K. Rowling’s creation continues to delight and amaze new fans every day, with fellow authors and actors applauding her stories and the deep emotion they have captured.

I must have read my battered old copies of the Harry Potter novels hundreds of times, and I still get excited, frustrated, nervous, and upset as I read them… even though I know the story so well.

Enjoy these bonus Harry Potter quotes on what it’s like to be in the Wizarding World, Rowling’s mastery, and the legacy of the Harry Potter series!

No story lives unless someone wants to listen. The stories we love best do live in us forever. So whether you come back by page or by the big screen, Hogwarts will always be there to welcome you home.

I used to be self-conscious about my height, but then I thought, f—k that, I’m Harry Potter.

The line between Ron and me became thinner with each film and I think we became virtually the same person. There’s a lot of me in Ron and moving on was a massive adjustment because it was such a constant part of my life.

When I see the images of the first Harry Potter, I immediately think of how ugly my hair was.

Harry Potter isn’t real? Oh no! Wait, wait, what do you mean by real? Is this video blog real? Am I real if you can see me and hear me, but only through the internet? Are you real if I can read your comment but I don’t know who you are or what your name is or where you’re from or what you look like or how old you are? I know all of those things about Harry Potter. Maybe Harry Potter’s real and you’re not.

Harry Potter, to a point, will always define me, but I hope in the same way that Harrison Ford is defined by Star Wars.

What is your favorite lesson from the Harry Potter series?