Home › Our Top 10 Most Inspiring Women 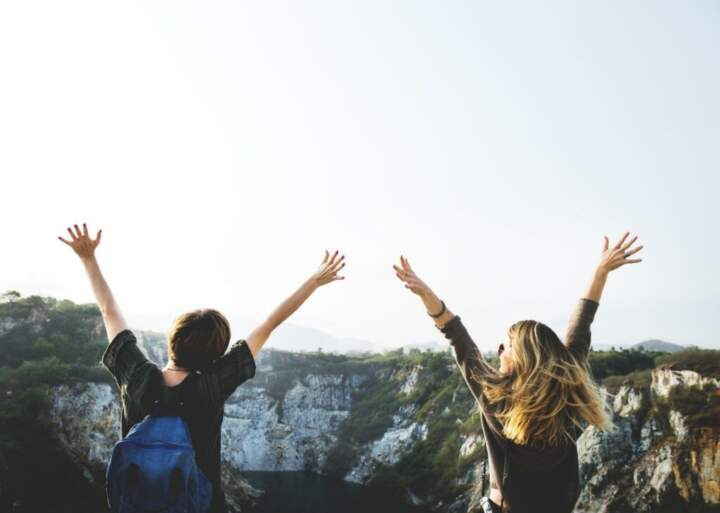 The following list recognizes 10 of the most empowering and inspiring women of all time.

Understand that, this list is not exhaustive, but it offers a wide range of strong and accomplished women who can be aspired to, and hopefully one day emulated.

There has been a curious difference between men and women throughout history that is not always talked about explicitly.

This difference is that history has largely been written about men, and while heroic women have sometimes been recorded, there has been a great disparity in the way genders have been represented.

Unfortunately, for young girls, this means that they aren’t given the broad scope of role models to follow, whereas that’s not the case for young boys.

For this reason, it’s important for us to reflect on the women who have made a real difference to the world, and who can be role models and superheroes for the girls of today and the future.

A pop icon for over 30 years, Madonna is known for pushing the boundaries of what was acceptable for women in the entertainment industry. The third of six children, she actually dreamed of becoming a ballet dancer. Before her first top-10 hit in 1984, she moved to New York with just $35 in her pocket. Determined to make it, she worked a few lousy jobs along the way – including one at Dunkin’ Donuts. At 60, she continues to make popular music and redefine gender roles into the new Millennium.

I’m tough, I’m ambitious, and I know exactly what I want. If that makes me a bitch, okay.

The author of the world-famous Harry Potter novel series, Joanne Rowling built a near billion dollar empire of the success of her characters. But that wasn’t always her story: she started out broke, and began writing out the ideas for her bestselling series on the back of napkin while on a train to London. Granted an OBE (Order of the British Empire) by the Queen in 2001, Rowling now lives quietly with her family and continues to write. She dabbles in philanthropy while continuing to solidify her legacy as one of the greatest female novelists of all time.

Happiness can be found, even in the darkest times, if one only remembers to turn on the light.

Considered one of the most important authors of the 20th century, Virginia Woolf was an outspoken advocate for women rights. She was strongly anti-colonialist, and the themes of her novels sought to go against the misogyny of the time. At a time where speaking out as a feminist in a public position could be dangerous, she was an inspiration to creative women everywhere.

If you do not tell the truth about yourself you cannot tell it about other people.

At 12 years old she was a blogger for the BBC, at 15 she survived an assassination by the Taliban, and at 17 she became the youngest Nobel Prize laureate of all time. Malala Yousafzai is a human rights advocate and a champion for education in her native Pakistan. She has since become a well known and popular philanthropist and an example of peace and empowerment for young people.

I think of it often and imagine the scene clearly. Even if they come to kill me, I will tell them what they are trying to do is wrong, that education is our basic right.

A civil rights activist, poet and singer, Maya Angelou is best known for her autobiography I Know Why the Caged Bird Sings. Her career in the creative arts spans over 50 years, and she has received more than 50 honorary degrees. In her early life she was a sex worker, and early in her life, she received sexual abuse from her mother’s boyfriend. After revealing the incident to her family, the man was murdered, and Angelou became a mute for 5 years. It is believed it was these 5 years that crafted her extraordinary mind, memory and creativity. Her story is an inspiration to young women everywhere who suffer the brutality of assault, and who are able to build remarkable lives in spite of it.

In 1940 Hattie McDaniel became the first African American woman to win an Academy Award. Unfortunately, the industry was shrouded with controversy because of the racism of the time. In fact, not only did she require an escort to the awards and the hotel at which the event was held, Hattie and her escort were obligated to sit at segregated tables. She went on to become an inspiration for African American entertainers and her legacy continues to be celebrated almost 80 years later.

Putting a little time aside for clean fun and good humor is very necessary to relieve the tension of our time.

Anne Frank was a German-born Jew who became one of the most well-known victims of the Holocaust after a journal she kept while in hiding became a huge success after being posthumously published as The Diary of a Young Girl. The diary gives a raw and real look into the life of Jews in Nazi Germany, but what is most shocking is her strength of character and unbelievable maturity for a young girl at the time of writing (just 13 when she started, and 15 at the end of her short life.) A consistent theme throughout her entries is the importance for woman to have a voice.

In spite of everything, I still believe that people are really good at heart.

Unanimously hailed as the greatest female Tennis player, and maybe athlete, of all time, Serena Williams has become a strong representative for women both on and off the field. She and her sister Venus have dominated international tennis for over 15 years, despite having to deal with a series of media controversies, serious injuries, racism and sexism. She has built a brand and a legacy, and she truly embodies what it means to be a strong and empowered woman.

I’ve grown most not from victories, but setbacks. If winning is God’s reward, then losing is how he teaches us.

Born to Albanian-Indian parents in Macedonia in 1910, Mother Teresa was an inspirational spiritual figure for over 50 years. She founded a Roman Catholic congregation that has been active since 1950, and now spans 133 countries. The congregation has helped build schools and orphanages, manage the homes of those dealing with homelessness, HIV, leprosy and tuberculosis. She was recognised as a saint in 2016, 37 years after she won a Nobel Peace Prize. Mother Teresa will continue to be a symbol of hope, peace and compassion for citizens of the world for decades to come.

Let us always meet each other with a smile, for the smile is the beginning of love.

The English actress to rose to fame with her role as Hermione in the Harry Potter film series has since gone on to grow a strong brand around fashion, philanthropy and feminism. Her women’s rights work in which she focused on promoting education for young girls and removing the sexualisation of young women in the media. In 2014 she was appointed as a UN Women Goodwill Ambassador, and she was also listed as one of TIME’s most 100 influential people. She’s a perfect example of a positive pop culture role model in an industry shrouded by double standards and conformism.

Don’t feel stupid if you don’t like what everyone else pretends to love.