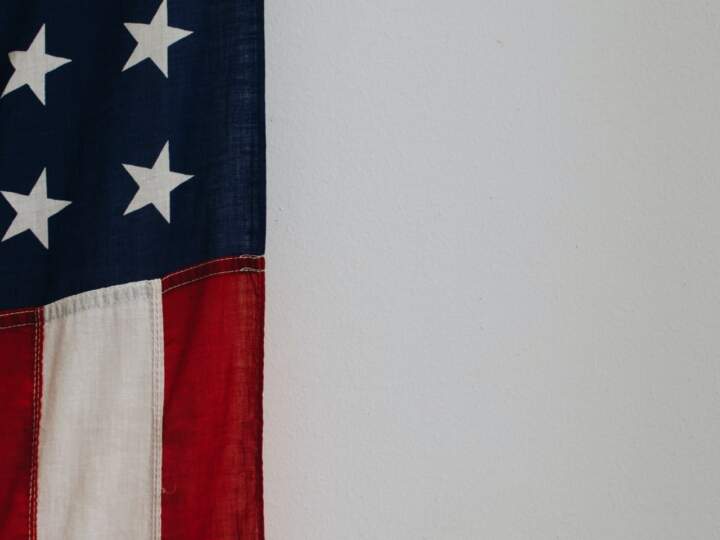 Veterans Day is a federal holiday observed each year on 11 November.

While the day was initially picked to mark the end of the ‘War of All Wars’ (World War I), it is now a national celebration to honor America’s veterans for their patriotism, love of their country, and willingness to serve and sacrifice for the common good.

Here are 65 Veteran Quotes to help you say ‘thank you for your service’ to those who have served in your community. Whether on Veteran’s Day or any day, you’ll find a meaningful way to acknowledge their service and sacrifice.

Honor to the soldier and sailor everywhere, who bravely bears his country’s cause. Honor, also, to the citizen who cares for his brother in the field and serves, as he best can, the same cause.

America’s Veterans have served their country with the belief that democracy and freedom are ideals to be upheld around the world.

It’s about how we treat our veterans every single day of the year. It’s about making sure they have the care they need and the benefits that they’ve earned when they come home. It’s about serving all of you as well as you’ve served the United States of America.

The hero is the man dedicated to the creation and / or defense of reality-conforming, life-promoting values

Courage is contagious. When a brave man takes a stand, the spines of others are often stiffened.

We sleep peaceably in our beds at night only because rough men stand ready to do violence on our behalf.

Courage is resistance to fear, mastery of fear—not absence of fear.

As we express our gratitude, we must never forget that the highest appreciation is not to utter words, but to live by them.

Our flag does not fly because the wind moves it… it flies with the last breath of each soldier who died protecting it.

We often take for granted the very things that most deserve our gratitude.

America’s veterans embody the ideals upon which America was founded more than 229 years ago.

In valor there is hope.

To those in uniform serving today and to those who have served in the past, we honor you today and every day.

There is a certain enthusiasm in liberty, that makes human nature rise above itself, in acts of bravery and heroism.

It is foolish and wrong to mourn the men who died. Rather we should thank God that such men lived.

The soldier above all others prays for peace, for it is the soldier who must suffer and bear the deepest wounds and scars of war.

All gave some, some gave all.

Billy Ray Cyrus, Some Gave All

In war the heroes always outnumber the soldiers ten to one.

Brave men are all vertebrates; they have their softness on the surface and their toughness in the middle.

My heroes are those who risk their lives every day to protect our world and make it a better place — police, firefighters, and members of our armed forces.

Because all of us believe and understand in the fabric of the common bond of why we call ourselves American is to care for the men and women who wear the uniform; and when they take off the uniform, we care for them when they are veterans.

The sanctity of our battlefields, monuments, and veterans institutions is of utmost importance to preserve military history and pay respect to those who fought.

We owe our World War II veterans – and all our veterans – a debt we can never fully repay.

The brave men, living and dead, who struggled here, have consecrated it, far above our poor power to add or detract. The world will little note, nor long remember what we say here, but it can never forget what they did here.

In order to insure proper and widespread observance of this anniversary, all veterans, all veterans’ organizations, and the entire citizenry will wish to join hands in the common purpose.

Well, look at what people are doing for returned veterans now. The wounded warriors. They’re working hard to make the wounded veterans feel that they are loved and welcomed home, unlike Vietnam. It was not a very kind, gentle world then. I think we are kinder and gentler.

Our veterans accepted the responsibility to defend America and uphold our values when duty called.

The willingness with which our young people are likely to serve in any war, no matter how justified, shall be directly proportional to how they perceive the Veterans of earlier wars were treated and appreciated by their nation.

To us in America, the reflections of Armistice Day will be filled with lots of pride in the heroism of those who died in the country’s service and with gratitude for the victory, both because of the thing from which it has freed us and because of the opportunity it has given America to show her sympathy with peace and justice in the councils of the nations.

The battle, sir, is not to the strong alone; it is to the vigilant, the active, the brave.

Honoring the sacrifices many have made for our country in the name of freedom and democracy is the very foundation of Veterans Day.

Valor is stability, not of legs and arms, but of courage and the soul.

War may sometimes be a necessary evil. But no matter how necessary, it is always an evil, never a good. We will not learn how to live together in peace by killing each other’s children.

It takes a hero to be one of those men who goes into battle.

The thing is this: You got to have fun while you’re fightin’ for freedom, ’cause you don’t always win.

But this Veterans Day, I believe we should do more than sing the praises of the bravery and patriotism that our veterans have embodied in the past. We should take this opportunity to re-evaluate how we are treating our veterans in the present.

Duty, Honor, Country. Those three hallowed words reverently dictate what you ought to be, what you can be, what you will be.

The veterans of our military services have put their lives on the line to protect the freedoms that we enjoy. They have dedicated their lives to their country and deserve to be recognized for their commitment.

As a former veteran, I understand the needs of veterans, and have been clear – we will work together, stand together with the Administration, but we will also question their policies when they shortchange veterans and military retirees.

I offer neither pay, nor quarters, nor food; I offer only hunger, thirst, forced marches, battles and death. Let him who loves his country with his heart, and not merely with his lips, follow me.

I’m trying to raise the awareness of the troops that, when they deploy and go to war, it’s not just them at war – it’s also their family. Their family is having to go through all the hardships and the stresses.

On this Veterans Day, let us remember the service of our veterans, and let us renew our national promise to fulfill our sacred obligations to our veterans and their families who have sacrificed so much so that we can live free.

Better than honor and glory, and history’s iron pen, was the thought of duty done and the love of his fellow-men.

While only one day of the year is dedicated solely to honoring our veterans, Americans must never forget the sacrifices that many of our fellow countrymen have made to defend our country and protect our freedoms.

When the will defies fear, when duty throws the gauntlet down to fate, when honor scorns to compromise with death – that is heroism.

I go where the sound of thunder is.

I am not a hero but the brave men who died deserved this honor.

Regard your soldiers as your children, and they will follow you into the deepest valleys. Look on them as your own beloved sons, and they will stand by you even unto death!

The U.S. Military is us. There is no truer representation of a country than the people that it sends into the field to fight for it. The people who wear our uniform and carry our rifles into combat are our kids, and our job is to support them, because they’re protecting us.

We hope you’ve been inspired by these Veteran Quotes.

Veterans, whether they served in the Army, Navy, Air Force, Coast Guard, or Marines, are an important part of our society. However long they served, and whether they retired or were injured, they gave up a part of their lives to protect and serve our country and our freedoms, as well as protecting and offering aid to other countries.

You don’t have to wait for Veterans Day – Next time you see a veteran in your community, thank them for their service. You’ll probably make their day!