Home › The 7 Most Inspirational Poems About Life 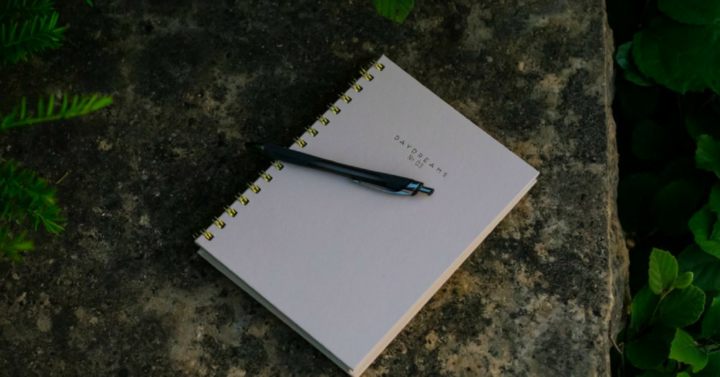 As we move forward as a culture, it’s easy to leave behind the relics of the past. However, there are certain things that stand the test of time, and preserve culture as they educate and entertain. These inspirational poems about life are among them.

One of these art forms, which is given a relatively small amount of attention in modern society, is poetry.

Poetry can be therapeutic for both its writers and its readers. It can give us advice about how to live teach us important lessons about the past.

Through the skillful use of language, metaphor and symbolism, poetry expresses human feelings in a way that day to day conversations doesn’t.

Certain poems have lasted hundreds, even thousands of years, and still manage to inspire us, despite the wide gap in culture and time between the reader and the writer.

Both reading and writing poetry help us better understand ourselves and our places in the world.

Poems take you on a journey, expand our thoughts, and bring new insight. So enjoy these 7 inspirational poems about life and enjoy a new perspective today.

7 Most Inspirational Poems about Life

1. If by Rudyard Kipling

This poem was written by Victorian-era poet Rudyard Kipling as a tribute to the British politician Leander Starr Jameson, as Kipling was reportedly inspired by his military actions. The poem is written in the form of paternal advice. The lines reflect a stoic philosophy which sees the mind as something to be used to our advantage, and not something to be lost in, particularly in the heat of battle, whether that be with ourselves or someone else.

If you can dream—and not make dreams your master;

If you can think—and not make thoughts your aim;
If you can meet with Triumph and Disaster

And treat those two impostors just the same;
If you can bear to hear the truth you’ve spoken

Twisted by knaves to make a trap for fools,
Or watch the things you gave your life to, broken,

And stoop and build ’em up with worn-out tools.

2. Our Deepest Fear by Marianne Williamson

This modern poem comes from spiritual activist Marianne Williamson. Her philosophy comes from A Course in Miracles, a modern Christian approach that has its roots in Gnosticism and non-dual philosophy. The words are incredibly empowering, and remind the reader that they are deeply connected to a power much greater than who they believe themselves to be.

Our deepest fear is not that we are inadequate.

Our deepest fear is that we are powerful beyond measure.

It is our light, not our darkness

That most frightens us.

Who am I to be brilliant, gorgeous, talented, fabulous?

Actually, who are you not to be?

You are a child of God.

3. Character of the Happy Warrior by William Wordsworth

William Wordsworth is one of the most well-known English poets of all time. This piece was similarly composed in response to a military hero, Lord Nelson, who was a leader in the Napoleonic Wars against the French. While the poem again refers to war, the metaphors are apt for all battles in daily life. The happy warrior is an idealised version of a person, but he is also a part of you, an archetype to which you should aim, who is able to take on challenges with a smile and embody our most noble traits.

Who, doomed to go in company with Pain,

And Fear, and Bloodshed, miserable train!

Turns his necessity to glorious gain;

In face of these doth exercise a power

Which is our human nature’s highest dower:

Controls them and subdues, transmutes, bereaves

Of their bad influence, and their good receives:

By objects, which might force the soul to abate

So often that demand such sacrifice;

4. It Couldn’t Be Done by Edgar Guest

Edgar Guest was an American poet who was known for his positive and inspirational poems. Writing in the early 20th century, his work is often quoted as some of the earliest forms of modern self-help. It has been widely used in popular culture and its motivational tone can inspire success when we are facing tough challenges.

Somebody said that it couldn’t be done,

But, he with a chuckle replied

That “maybe it couldn’t,” but he would be one

Who wouldn’t say so till he had tried.

So he buckled right in with the trace of a grin

On his face. If he worried he hid it.

He started to sing as he tackled the thing

That couldn’t be done, and he did it.

5. Help Yourself To Happiness by Helen Steiner Rice

Helen Steiner Rice was a famous 20th-century poet who has financial success writing verses for greeting card companies. Her books still sell copies today, even 40 years after her death. Help Yourself To Happiness is another optimistic poem that teaches us to look beyond wealth and materialism for happiness, and to find happiness in our mental state and the compassion we offer to others. This time tested wisdom is a common theme in poetry, and religion, and much of Rice’s poetry touches on spiritually driven ideas.

Difficult because we think that happiness is found

Only in the places where wealth and fame abound.

And so we go on searching in palaces of pleasure

Unaware that happiness is just a state of mind

Within the reach of everyone who takes time to be kind.

For in making others happy we will be happy, too.

For the happiness you give away returns to shine on you.

Langston Hughes was an American political activist. His poetry was often highly reflective of his personal struggles with racism in 20th century America. He is often believed to have been a homosexual, which was kept a secret through his life. Dreams showcases Hughes ability to be optimistic, even in a very tough situation economically and culturally.

For if dreams die

Life is a broken-winged bird

For when dreams go

Life is a barren field

7. The Guest House by Rumi

The 12th-century Persian poet Rumi is believed by many to be one of the greatest poets of all time. This Muslim poet has deep roots in Sufi Mysticism, with much of his poetry exploring his close spiritual relationship with God. Rumi is even believed to have achieved enlightenment are many years of deep meditation. The Guest House is just one of hundreds of examples of this poets self-awareness and knowledge of the human mind and condition. This inspirational piece contains timeless wisdom, and helps us seen how our thoughts and emotions are visitors, and how we may objectify them, love them, and allow them to pass.

This being human is a guest house.

Every morning a new arrival.

A joy, a depression, a meanness.

As an unexpected visitor.

Welcome and entertain them all!

Even if they’re a crowd of sorrows,

Who violently sweep your house

Empty of its furniture,

He may be clearing you out

For some new delight.

The dark thought, the shame, the malice,

Meet them at the door laughing,

And invite them in.

Be grateful for whoever comes,

Because each has been sent

As a guide from beyond.