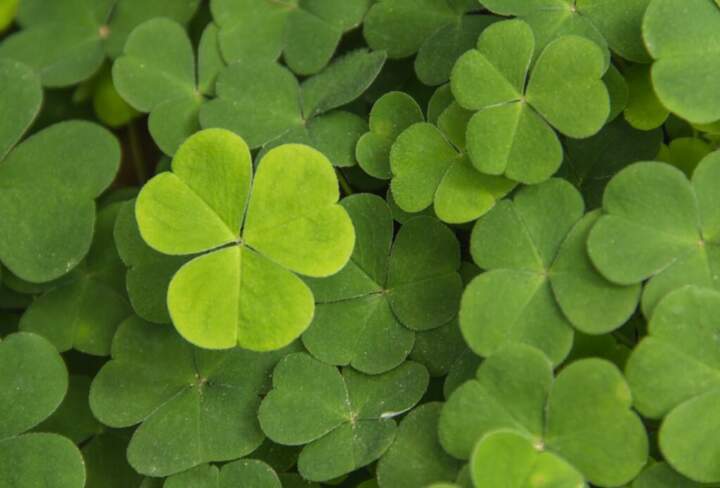 In the fifth-century, there lived a spoiled and rebellious young Roman who lived a life of luxury in Britain.

At the age of sixteen, he was kidnapped from his family’s estate and sold into slavery, carried across the sea a short distance to Ireland. Placed in captivity for 6 years, he endured harsh weather and brutal conditions as he tended his master’s sheep on the Emerald Isle.

Arriving in Ireland an Atheist, the man claimed to hear the voice of God speak to him. Shortly afterwards, he converted to Christianity and developed a deep relationship with God.

After escaping his master and fleeing back to Britain, this Christian man continued to cultivate his spiritual wisdom and deepen in faith.

Though his family welcomed back their long-lost son and assumed he would go back to a life of privilege, the man heard a different call. He returned to Ireland as a missionary, keen to bring a new and better way of life to a people who had once enslaved him.

For decades he worked as a teacher and writer – facing opposition, threats of violence, and criticism from jealous church officials. He stayed strong in his mission, and eventually became a prominent religious figure. His perseverance and strength was (and is) a source of inspiration to many, and after his death he was canonized.

The name of this man? Saint Patrick.

Myths and legends have always circulated around the lives and works of Saints, and Saint Patrick is no different.

Centuries after his death, many started to claim that he used the shamrock, a three-leafed green plant, as a teaching tool to explain the Holy Trinity to Pagans.

A fine and beautiful story, the association between Saint Patrick and the shamrock took root, and the plant became a symbol for Saint Patrick and for Ireland. Today, it is commonly used in the religious celebration that is held to mark his death on March 17th: Saint Patrick’s Day.

Saint Patrick’s Day has been held since the early 17th century to commemorate the arrival of Christianity to Ireland. Now, however, it is much more widely recognized as a celebration of Irish culture and heritage.

Within the last century, the thousands of Irish immigrants and expatriates who were looking to reaffirm their roots began to invest their energies into celebrating the holiday.

Their efforts have made the holiday a worldwide celebration, from Canada to Brazil and Argentina, the United States, Australia, and of course, Ireland. Stereotypes of the Irish have, of course, crept into the celebration of “St. Paddy’s Day.”

One thing that’s for sure: celebrating Saint Patrick’s Day is fun!

So, whether your family has Irish heritage, you’ve visited the Emerald Isle, or you’d just like to get into the lucky spirit of Saint Patrick’s Day, we’re here to help!

We’ve put together a list of quotes that celebrate Ireland and the unique spirit of the Irish people. Happy Saint Patrick’s Day!

If it was raining soup, the Irish would go out with forks.

You cannot conquer Ireland. You cannot extinguish the Irish passion for freedom. If our deed has not been sufficient to win freedom, then our children will win by a better deed.

Whether I drink often, or just once in a while; I’m always sure to raise a glass to the dear old Emerald Isle.

Irish history stretches back into the dark days of the Celts, yet there is a light, laughter and a sense of laissez-faire in the Irish men and women of today.

The list of Irish saints is passing counting; but in it all no other figure is so human, friendly, and lovable as St. Patrick.

Oh, Paddy, dear, an’ did ye hear the news that’s goin’ round? The shamrock is forbid by law to grow on Irish ground! No more St. Patrick’s Day we’ll keep, his colour can’t be seen, For there’s a cruel law agin’ the Wearin’ o’ the green.

That’s what the holidays are for – for one person to tell the stories and another to dispute them. Isn’t that the Irish way?

Grant me a sense of humor, Lord, the saving grace to see a joke, to win some happiness from life, and pass it on to other folks.

Ireland is a land of poets and legends, of dreamers and rebels.

If you hold a four-leaf shamrock in your left hand at dawn on St. Patrick’s Day you get what you want very much but haven’t wished for.

May St. Patrick guard you wherever you go, and guide you in whatever you do and may his loving protection be a blessing to you always.

Ireland is the only place in the world where procrastination takes on a sense of urgency.

If you’re Irish, it doesn’t matter where you are – you’ll find family.

This microscopic nation in the Atlantic has little economic or political clout in the world. But somehow, Ireland’s influence seems to pop up everywhere, whether you prefer to travel in the realms of high or low culture.

Whenever I want to know what the Irish are thinking, I look into my own heart.

Do you have a favorite St. Patrick’s Day quote about Ireland or Irish saying that isn’t on our list? Add it to the comments below!