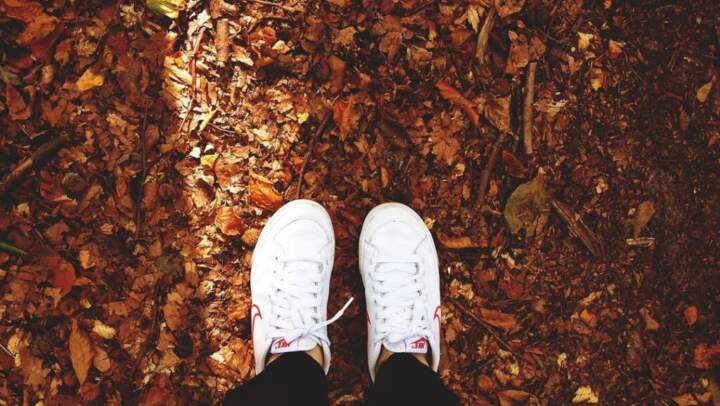 Here are 104 of the most inspirational Nike quotes, slogans, and commercials.

Founded in 1964, Nike has grown to become one of the leading manufacturers of sports apparel, footwear, and equipment worldwide.

On the way to becoming a multibillion dollar company, Nike developed a reputation for using catchy quotes and tag lines to motivate and inspire its potential customers.

Since the 1980’s, Nike’s ad campaigns — Nike quotes, slogans, and commercials — have focused on motivating consumers to push the limits physically and strive for personal victories.

The brand has utilized celebrity endorsements like Christiano Ronaldo, Tiger Woods, and Michael Jordan in its campaigns to encourage physical activity and sports excellence.

My better is better than your better.

Training is the opposite of hoping.

My agility denies your agility.

Failure’s not an option. It’s a step.

Run the day. Don’t let it run you.

I believe in redefining my impossible.

If no one thinks you can then you have to.

You’re only one workout away from a good mood.

Don’t run away from challenges. Run over them.

Strike fear or get struck.

Set goals. Exercise. Love yourself. Focus on fitness. Rest and relax. Eat right. Smile. Portray positive. Enjoy life. Care for others. Tell yourself you can do this.

The harder you push, the more you are pulled.

Giving up is simply not an option.

Success isn’t given, it is earned. On the track, on the field, in the gym. With blood, sweat, and the occasional tear.

Quit making excuses, putting it off, complaining about it, dreaming about it, whining about it, crying about it, believing you can’t, worrying if you can, waiting until you are older, skinnier, richer, braver, or all around better. Suck it up, hold on tight, say a prayer, make a plan & JUST DO IT.

You don’t get it by wishing.

It’s not where you place, it’s how hard you worked to get there.

Work hard and be proud of what your achieve.

If it isn’t trying, you’re not trying hard enough.

Sport is not a logical proposition. It thrives on obsession, passion, and going beyond what you thought was possible. If you have a body, you are an athlete.

Life is a sport. Make it count.

Make the next 12 months the year of you. Every athlete, everybody. It’s time to bring your best then better it. Whatever you do… make it count!

The real purpose of running isn’t to win a race. It’s to test the limits of the human heart.

Mary had a little shoe its sole was full of air and anyone that Mary raced didn’t have a prayer.

Where your world becomes the next two strides.

Jack and Jill raced up the hill to see who was faster. Jack’s feet were bare, Jill had Nike Air, poor Jack could never catch her.

There are two types of people: Those who run and those who should. Nike believes in both.

SWOOSH. The sound made when you blow by somebody.

You either ran today or you didn’t.

It starts about the time I walk out of my front door. I reach the woods, smell the river and I just feel myself come to life again. It’s like yeah, I’m back.

Who says you can’t run away from your problems?

Someone who is busier than you is running right now.

But unless you are a runner, you won’t understand.

If you went running when you first started thinking about it, you’d be back by now.

Why do I run? Why do I breathe?

There is no ‘Y’ in running. Believe in the run.

There are clubs you can’t belong to, neighborhoods you can’t live in, schools you can’t get into, but the roads are always open.

My feet hurt. From kicking so much ass.

Run more than your mouth.

Running never takes more than it gives back. Believe in the run.

Fear less. Do more. Get outside and get after it.

When you’ve battled for every point. When you’ve made every bone-crunching tackle and every grinding scrum count. When you’ve believed in every single man around you and dug deep into the reserves of your soul, you can look each other in the eye and know your crown may have been taken away but not without a fight.

We’re out there. The ones who push you. Then try to push past you. Get you up before the alarm and out sweating. Dark or rain. We give you our best to get the best from you. Scoring against us tastes sweeter. Fighting us makes you fiercer. We’re not the many. But the few close enough to get under your skin. And that’s exactly why we take you further. Move with us or against us. Together we will make it count.

The first hit of the game. Leaving it all on the field. Team first. A battlefield. A street fight. The feeling inside when you lay someone out. The silence before the storm. The storm. Self-discipline. 9,000 fans for a school with 800 students. Football is everything. An entire year in the weight room. Working through the pain. Doing it for all the players who wore the uniform before you. Manhood. 2-a-days in 103 degree heat. Sacrifice. What you think about 24/7/365. The silence on the bus. The crowd so loud you can’t hear yourself think. State. No excuses.

Nike Slogan: Just Do It Variations

Every damn day. Just do it.

Just do it. Then do it again.

Just do it even if you suck at it.

What you do is up to you. Just do it.

These are some of the best quotes from Nike’s Co-founder, Chairman, and Previous CEO, Phil Knight.

We knew we could fail; we just didn’t think we would.

There is an immutable conflict at work in life and in business, a constant battle between peace and chaos. Neither can be mastered, but both can be influenced. How you go about that is the key to success.

I may be over the top on this, but I just don’t want to like my competitors. I want my people to believe that whenever he and our other competitors succeed, we will be less able to do all the things we want to do.

It’s alright to be Goliath, but always act like David.

The only time you must not fail is the last time you try.

Nike, My Better is Better:

Nike, If You Let Me Play:

These Nike quotes, slogans, and commercials inspire many people around the world to strive to be the best both on and off the playing field. Feel free to leave a comment about your favorite and how they inspire you!