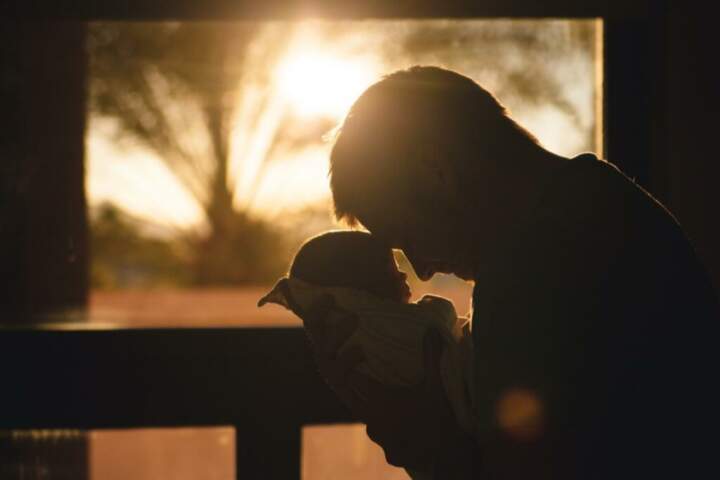 A father is his son’s first hero, and his daughter’s first love. These father quotes celebrate everything great about dads.

These words may seem cliche or like they were written just for a greeting card, but it turns out that for most of us, they are actually very true.

Dads play a crucial and unique role in the family and are a source of inspiration for many.

Most of us go through life with the sure knowledge that there’s no-one else we need quite like our Dad.Whatever our stage of life or current circumstances, he is there to give us unwavering support and love.

From learning to ride a bike to choosing a college, buying a home and starting a family of our own, fathers always seem to know the right things to say.

The History of Father’s Day

Although not strictly speaking a day, a “Father’s Day” service was held thanks to the efforts of a woman named Grace Golden Clayton. Mrs. Clayton had asked her pastor, Dr. R. Thomas Webb, if a Sunday service could be held to honor fathers.

Though Mrs. Clayton’s own father had died in 1896, she wanted the opportunity to have a service in remembrance of more than 200 fathers who had died in the Monongah mining explosion, a disaster which had occurred a few miles south of Fairmont on December 6, 1907.

The worst mining incident in U.S. history, more than 360 men and boys were killed, and more than 1,000 children in the area were left without a father.

Although the Fairmont service was the first known to honor fathers, it would take a couple more years for the idea of celebrating dads to take root.

Mrs. Sonora Smart Dodd of Spokane, Washington, is the one credited for starting the chain of events that led to Father’s Day becoming a national holiday in America.

Listening to a Mother’s Day sermon in 1909, Mrs. Dodd felt it was only right and fair that fathers should be honored in the same way.

Her own father, William Smart, had raised his six children alone on his farm in Washington after his wife died giving birth to their sixth child.

It was in his name that Mrs. Dodd proposed to the Spokane Ministerial Association and the YMCA that they celebrate a “father’s day.” She chose the 5th of June for the celebration, because it was her father William’s birthday.

The idea received strong support, though the ministers of Spokane did ask for the day to be changed in order to give them extra time to prepare sermons on fathers.

The first Father’s Day in Spokane, Washington, was observed on June 19, 1910 (the third Sunday in June). It became an annual event there, and other towns quickly followed their example by introducing celebrations of their own.

Despite widespread popular support, Father’s Day did not become a national holiday for many years.

Though the first bill was introduced to Congress in 1913 – and backed by President Woodrow Wilson – it didn’t pass.

In 1966, Lyndon Johnson issued a proclamation that designated the third Sunday in June as an annual day to honor fathers. It became law under President Richard Nixon in 1972 and has been an official, permanent national holiday ever since.

In honor of Father’s Day – and Dads everywhere – we’ve put together a list of the very finest quotes about fathers. Keep reading to find the perfect way to say “thank you” in your Father’s Day card this year.

Quotes about Fathers and Sons

The relationship between a father and his son is absolutely unique.

For young boys, there is no idol quite like Dad! From dressing like Dad to standing like him and adopting his mannerisms, the connection between sons and their fathers is an incredibly close one.

As we grow, our perceptions of both of our parents – and especially our Dad – can shift and change.

While you may come to see that your dad isn’t quite the unstoppable hero you once thought he was, he’s played a crucial part in shaping the man you have become.

At home and in the workplace, your Dad is a valuable role model, and, the example he set for fatherhood is the one that you will take forward in your own life as you become a Dad.

A father is a man who expects his son to be as good a man as he meant to be.

My father didn’t tell me how to live. He lived and let me watch him do it.

It is not flesh and blood but the heart which makes us fathers and sons.

For thousands of years, father and son have stretched wistful hands across the canyon of time.

My father taught me not to overthink things, that nothing will ever be perfect, so just keep moving and do your best.

It is not flesh and blood, but heart which makes us fathers and sons.

With sons and fathers, there’s an inexplicable connection and imprint that your father leaves on you.

Every son quotes his father, in words and in deeds.

My father used to say that ‘it’s never too late to do anything you wanted to do. You never know what you can accomplish until you try.’

Every son’s first superhero is his father, and it was the same for me. For me, he was Superman and Batman combined.

Quotes about Dads and Daughters

Dads also play crucial roles in shaping the lives of their daughters.

Little girls know that there is no one who can protect and love them quite like Daddy.

And, as they grow, research has shown that positive father-daughter relationships mean that women are more assertive, self-reliant, and successful in both their academic and work lives.

Her father is a girl’s first love, and he never stops being an important part of her life. He’ll always be a source of guidance and support, and his opinions and concerns will always matter to her.

Old as she was, she still missed her daddy sometimes.

No one in this world can love a girl more than her father.

To be the father of growing daughters is to understand something of what Yeats evokes with his imperishable phrase ‘terrible beauty.’ Nothing can make one so happily exhilarated or so frightened: it’s a solid lesson in the limitations of self to realize that your heart is running around inside someone else’s body. It also makes me quite astonishingly calm at the thought of death: I know whom I would die to protect and I also understand that nobody but a lugubrious serf can possibly wish for a father who never goes away.

You fathers will understand. You have a little girl. She looks up to you. You’re her oracle. You’re her hero. And then the day comes when she gets her first permanent wave and goes to her first real party, and from that day on, you’re in a constant state of panic.

When I come home, my daughter will run to the door and give me a big hug, and everything that’s happened that day just melts away.

There’s something like a line of gold thread running through a man’s words when he talks to his daughter, and gradually over the years it gets to be long enough for you to pick up in your hands and weave into a cloth that feels like love itself.

I am not ashamed to say that no man I ever met was my father’s equal, and I never loved any other man as much.

If the history of Father’s Day makes one thing clear, it’s that the third Sunday in June is intended for celebrating all fathers, not just our own.

We know that not everyone has a positive and loving relationship with their Dad. But, Father’s Day can also be a time to recognize those male role models who have played an important role in supporting and encouraging you to reach your goals.

Stepping in to fill the role of a father – whether as an adoptive Dad, a step-parent, or a mentor – is a long and hard commitment that thousands of people gladly make every day.

Whatever your family looks like, it’s nice to show your appreciation on Father’s Day.

Every dad, if he takes time out of his busy life to reflect upon his fatherhood, can learn ways to become an even better dad.

The quality of a father can be seen in the goals, dreams and aspirations he sets not only for himself, but for his family.

Anyone who tells you fatherhood is the greatest thing that can happen to you, they are understating it.

He was a father. That’s what a father does. Eases the burdens of those he loves. Saves the ones he loves from painful last images that might endure for a lifetime.

The bond that links your true family is not one of blood, but of respect and joy in each other’s life.

A truly rich man is one whose children run into his arms when his hands are empty.

Losing a father is a source of indescribable grief. A protector, a hero, a friend, a source of inspiration: Dads fills all of these roles, and many more.

For those who have lost their Dad, Father’s Day can be a particularly painful and upsetting holiday. However, it is also a nice opportunity to remember all of the fond memories you have with your Dad.

However long he was in your life, his influence and memory will continue to shape you long after he has gone.

A father’s love is forever imprinted on his child’s heart.

That man is a success – who has lived well, laughed often and loved much, who has gained the respect of intelligent men and the love of children, who has filled his niche and accomplished his task. who leaves the world better than he found it, who has never lacked appreciation of earth’s beauty or failed to express it, who looked for the best in others and gave the best he had.

The loss of my father will always sting. But now, everything that I do is in honor of him and celebrates his life.

You have been there for me, no matter what bad choices I might have made… you lovingly repaired my broken spirit, helped me plot a new course, and set me free to fly on my own once again. There is no greater love than that. You will always be special to me, and no matter where life takes me, I’ll remember you with love.

Dad, wherever you are, you are gone but you will never be forgotten.

The loss of my father was the most traumatic event in my life – I can’t forget the pain.

Deeply, I know this, that love triumphs over death. My father continues to be loved, and therefore he remains by my side.

You will always be in my heart… because in there you’re still alive.

We hope we’ve inspired you to find a meaningful way to say a big “thank you” to your Dad – whether on Father’s Day or any other day of the year. Have we missed your favorite quote about Dad? Share it with us in the comments!