Home › Dan Pink Shares The Surprising Truth About What Motivates Us 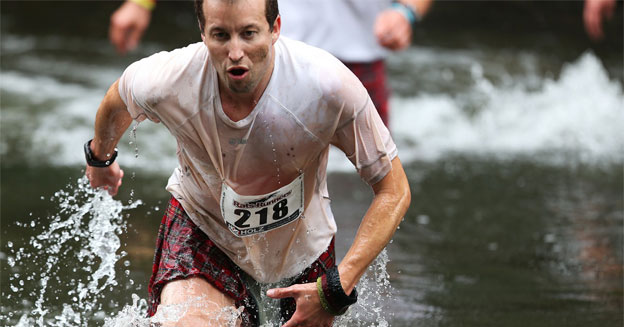 So how is it that we motivate ourselves and others?

A History Of Motivation

Through much of history the idea of motivating people has focused on the external factors. The threat of death helped drive people to pull large rocks around to build temples; while the sniff of large rewards encourages people do things they’d otherwise find repulsive.

The idea of a job rests in this premise. So does school. Put in the effort and you’ll be rewarded with good grades and a high salary, spend your time doodling pictures and passing messages and you’ll fail the class or lose your job.

For a long time this method worked – or at least it sufficed. All those routine, repetitive, mundane tasks that were uninspiring, could be made more persuasive with the right external motivator.

Then in came the 21st century, and with it, machines and computers. No longer did we need humans for the routine tasks, we could rely on stronger, faster, and more reliable mechanical systems.

This change left us humans with what the machines couldn’t do: Be creative. All the jobs and requirements of this new age now rest in our ability to be complex thinkers, to be innovative, to think outside the box.

This change has taken the work away from our physical bodies, and put it into the power of our minds. It’s here that these external motivators go awry.

Harry Harlow found that our views on motivation were inadequate in his experiments with monkeys. He noticed that monkeys were quicker to solve puzzles when they enjoyed it as opposed to those rewarded for it.

The popular view at the time was that there existed two drives: the biological drive of hunger, thirst, and sex; and the drive of rewards and punishments. Harlow tried to remedy the issue by adding a third drive: intrinsic motivation, or the joy of the task itself.

People would come home from a long day at work, to paint, to write, to do a crossword, what caused them to do this? Intrinsic motivation helped to explain why people were driven to do things without the other motivators.

It seems intuitive that we have an internal drive, something that encourages us to seek intellectual pleasures and emotional thrills. But, outside of these personal pastimes, what does this motivation have to do with work?

It turns out that this intrinsic motivation can both encourage, and stand in the way of, the creative and complex thought that businesses today rely on.

In 1969 Edward Deci set out to study motivation. He used the Soma puzzle cube, a set of plastic shapes that can be assembled into larger shapes, with many different possibilities. He had two groups of participants go through three sessions of solving the puzzle.

In each session, participants sat at a table with the puzzle, drawings of three possible solutions, and three magazines.

At first they all needed to try to create the solutions in the drawings while Deci timed them. The second time around was a little different, in that one group were going to be paid for each correct configuration while the others continued for free — not knowing that some people were being paid. The third time through, they were all to find solutions for no reward, just as in the first session.

Midway through each session, Deci told the participants that he needed to leave the room to get a fourth drawing, and would be gone only a few minutes. He was gone exactly eight minutes, but rather than getting a fourth picture, he observed what the participants did to occupy themselves in his absence.

In the first session, all the participants continued using the puzzle for around 3 and a half minutes. In the second sessions, the group who were now being paid spent more than 5 minutes using it. Clearly the extra motivation was having an affect.

In the third and final session, those that had never been paid remained relatively consistent, in some cases using the puzzle for longer. The group who had been paid in the second session now lost their motivation, only spending 2 minutes on the puzzle.

When money is used as an external reward for some activity, the subjects lose intrinsic interest for the activity.

Money gets us going up to a point, for the average earner in the United States that point is around $75,000. After that, we need something different.

We all need to earn a decent living, to be able to get by comfortably, but the long held assumption that more money means more motivation doesn’t hold up. In fact, more money for some tasks can result in less motivation. This is an important point for a time when our intellectual abilities are becoming more important.

In Dan Pinks Drive, he looks to three core intrinsic motivators that show us how to get motivated, and that can pull us above and beyond their external counterparts: Autonomy, Mastery, and Purpose.

We need to be in control. Nobody likes to be bossed around and feel like they have no say in anything.

Dan Pink notes that management is a human invention, an aging technology.

Its central ethic is control; its chief tools remain extrinsic motivators. That leaves it largely out of sync with the non-routine, right-brain abilities on which many of the world’s economies now depend.

Studies have found a link between autonomy and wellbeing in many different countries and cultures. Other studies have shown it’s positive effect on conceptual understanding, grades, persistence, productivity, fighting off burnout, and the aforementioned overall wellbeing.

Pink shows that there are four essential aspects of autonomy: our task, our time, our technique, and our team. With these under our terms, we gain true autonomy.

Everybody is different, with this freedom we are able to chose to work at the times that we’re most productive, with the people that we work best with, on the tasks that we enjoy the most, and in the way that works for us.

Control and direction are central aspects of being human, we’re built to be “players not pawns.”

We still need to work however, misconstruing freedom for the ability to do nothing defeats the purpose. It takes discipline to use that freedom in the right way, but if you truly enjoy what you’re doing that shouldn’t be a problem.

Our interest withers when we feel like we’re not getting anywhere. That worked adequately for the routine work of the past, where jobs simply wanted compliance in exchange for money. Now we need engagement, a function that’s missing from the old model.

Engagement is the most important route to mastery and personal fulfillment. And, as Mihaly Csikszentmihalyi notably discovered, the greatest point of engagement is when we enter a state of flow.

In the flow state our self-consciousness disappears, our sense of time is warped, but our goals are clear. As Mihaly found, this state is described as the most satisfying time of peoples lives.

The requirements for entering this state are relatively simple: the challenge needs to be achievable, but it also needs to stretch you beyond your current abilities.

Throughout my athletics career, the overall goal was always to be a better athlete than I was at that moment — whether next week, next month or next year. The improvement was the goal.

Pink defines mastery as a set of three laws: It’s a mindset, it’s painful, and it’s an asymptote.

Carol Dweck found that what people believe shapes what they achieve, and that our self-theories determine how we interpret our experiences. Often those that go further are those whose goal is to learn, not to prove they’re smart.

In a study of potential military cadets, the best predictor of success was the prospective ratings of grit. Mastery occurs through effort over a long time, which takes persistence and a passion for the goal. It can also be painful.

An asymptote is a curve that is forever approaching but never reaching it’s end. Pink notes that true mastery never occurs, and that “the joy is in the pursuit more than the realization.”

What we’re involved in needs to transcend the self, to at least feel like we’re an essential piece to a much larger whole.

People can be inspired to meet stretch goals and tackle impossible challenges, if they care about the outcome.

Every now and again we stop to contemplate our lives, and often wonder where the time has gone. It’s here we can be struck by our own mortality, the idea that our lives are just not that long, and that we need to be something meaningful with them.

Our purpose often comes in the form of doing something to help others. It’s something that can outlast our own lives.

Companies are popping up today whose mission is to pursue purpose, and to use profit as the catalyst rather than the objective. On a smaller scale many people are turning to volunteer work to fuel their purpose.

How we spend our money is just as important as how much we make, and when we spend it on other people or on a cause, we increase our subjective well-being.

One cannot lead a life that is truly excellent without feeling that one belongs to something greater and more permanent than oneself.

As Edward Deci notes, humans have an “inherent tendency to seek out novelty and challenges, to extend and exercise their capabilities, to explore, and to learn.”

Research shows that even when our goals are extrinsic, achieving that wealth rarely leads to greater happiness. Those who look towards the intrinsic goals, however, attain higher levels of satisfaction and well-being, and show lower levels of anxiety and depression.

The old “if-then” rewards are ineffective and often deleterious to our conceptual, complex, creative drives. And as such, need to make room for autonomy, mastery, and purpose.

It brings up thoughts of a life mission. The external desires — money, clothing, housing — are products that should support something higher, something less tangible and more meaningful.

The extrinsic rewards provide the base on which our true purpose can flourish, but they cannot stand in the way of our intrinsic desires, lest they kill our motivation and creativity.

The richest experiences in our lives aren’t when we’re clamoring for validation from others, but when we’re listening to our own voice — doing something that matters, doing it well, and doing it in the service of a cause larger than ourselves.

What engages and drives you beyond everything else? Have you found your purpose?

A site designed to inspire you to grow, achieve success, stay well, and live an abundant life.