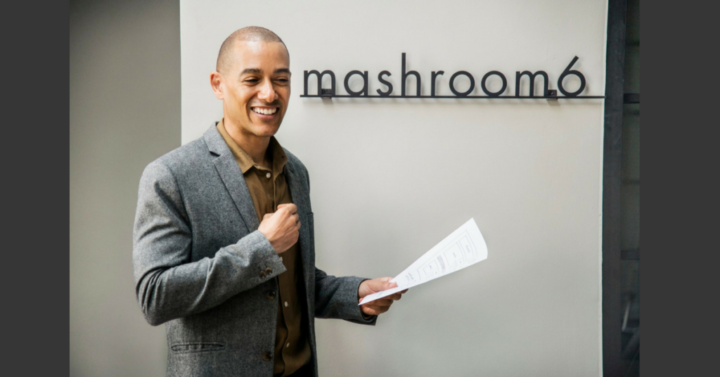 Powerful orators have always been able to sway an audience. Here are 6 top motivational speakers who carry on that tradition.

From Martin Luther King to Winston Churchill and Abraham Lincoln, those who can communicate messages with clarity and emotion, often rise to positions of power and authority.

However, political movements are not the only domain in which speakers can influence your psychology and change your mind. Over the last century in particular, we’ve seen the widespread commercialization of motivational speakers.

These are people who inspire us to question, push, and reinvent ourselves. They allow us to gain realizations into our nature and our potential, that we may have otherwise been unable to develop on our own.

While they often have books, the power of the spoken word cannot be understated.

We can learn lessons from their lives, and begin to believe in ourselves as they encourage us to embody our beliefs. It may sound cliche but the line between success and failure is so slim, and often purely a psychological barrier. By listening to these individuals, you can break through that mental barrier and achieve things you never thought possible.

Here are 6 of the best motivational speakers you should follow today.

Lisa Nichols is an inspiration for single moms everywhere. With literally nothing to her name, and living in an abusive relationship, she was able to climb out of poverty by using her voice.

Through her coaching and speaking, she has been able to touch millions of lives. If you feel like you’re being weighed down and held back by your financial situation, Lisa is the perfect speaker to inspire you to overcome the psychological restraints holding you back. Her charisma and positivity makes her a joy to listen to.

This speaker doesn’t fit the stereotypical image of a motivational guru. Nick was born with tetra-amelia syndrome, an incredibly rare condition which meant that he came into the world without either arms or legs. In fact, it is so rare, he is believed to be one of only seven other people currently living with the syndrome.

A Christian, Vujicic dealt with bullying for much of his life, but after this Australian began to give talks at his prayer group, he quickly became an inspiration for all of those around him.

He has since released a number of motivational books and has moved to California to support his thriving career as a motivational speaker. If you’re looking to hear from someone who has beaten all the odds to claim greatness, you’ll want to listen to his incredible talks.

ET the Hip Hop Preacher is one of the first motivational speakers to capitalize on YouTube to build a multimillion-dollar speaking business.

Eric has an inspirational story, after coming from a rough area of Detroit and a single parent home, he spent time homeless on the streets and was inspired by his Pastor to change his life.

After many gruelling years of hard work, he not only went back to high school to get his GED, he actually went on to get a Masters and a PhD. With over 750,000 subscribers on YouTube and a charismatic high-energy style, ET is the perfect motivational speaker to get you through a week at the office with popular series “Thank God It’s Monday!”

If you’re looking to build a business and you want a speaker that can push you to believe that anything is possible, Grant Cardone is the one to follow. He his another speaker who has profitable from the Digital Age, building a $750 million empire with a sales focused business, and is known for his high energy, no holds barred approach to sales and marketing.

He now has his own sales training University called Cardone University, which teaches entrepreneurs to be fearless in sales, negotiations, cold calling, and closing. His programs are expensive, but you can find dozens of hours of his content for free on YouTube.

Wayne Dyer helped birth the modern self-help movement with his first book Your Erroneous Zones selling over 35 million copies. He spent most of his early life in an orphanage, going on to work as a professor of counselling psychology at St. John’s University in New York City.

After his academic lectures began to gain popularity for their focus on positive thinking, he was contacted by a literary agent. Dyer’s first book was a huge success and he went on to write dozens of other books, including many best sellers. He was highly influenced by Eastern Philosophy, and is a great speaker to follow if you are interested in psychology and spirituality.

Though he passed away in 2015, you can still see many of his lectures on YouTube and his books continue to be widely popular.

If speakers like Wayne Dyer birthed the modern motivational speaker, Tony Robbins perfected the blueprint. By far the most successful speaker of all time, Robbins early books such as Unlimited Power and Awaken the Giant Within, helped catapult him to stardom, where he has since built a number of companies valued at over $6 billion in annual sales.

His high energy lectures use principles from Neurolinguistic Programming and popular psychology to inspire audiences around the world. He is also widely known for his philanthropic endeavors and his teachings are typically focused on health, wealth and living a balanced life.

If you are feeling low in energy and want someone to pull you out of a rut, Tony Robbins is a great speaker to listen to, his audiobooks have definitely stood the test of time.

Motivational speakers can deeply influence your psychology if you are persistent in following what they preach.

Although it’s important to keep a critical mind and not blindly listen to what people tell you, strong commitment over time is what is most likely to lead to results.

While the lectures they give and the seminars they offer can be enjoyable, even addictive, for people who are struggling in their lives, you should only invest in a motivational speaker or their products and services if you are willing to put in the work to change your life. Follow them so you can become like them!