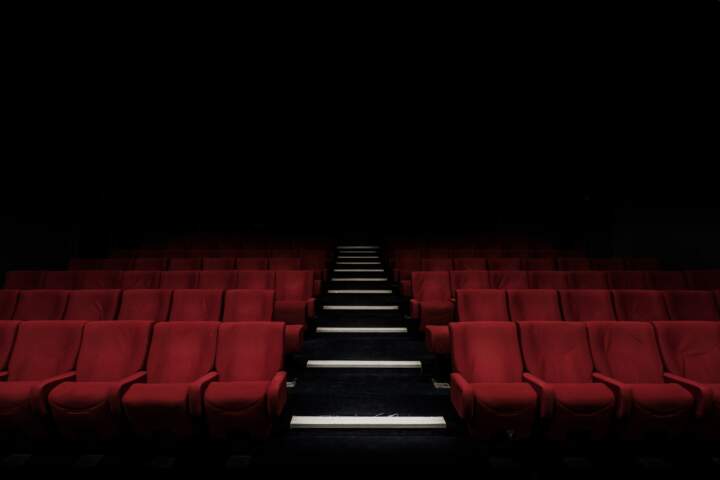 After a long difficult day, sometimes an inspiring movie is the best medicine. These are the best inspirational movies based on true stories for your enjoyment.

Sometimes a story is strongest when based on true events and figures. After all, life offers the most soul-moving drama, motivation and even comedy.

Real life provides a narrative to which we can truly relate. Watching inspirational movies—especially when you know they are based on actual events—reawakens that part of your imagination that drives your own life.

Whether the characters overcome wars and social movements or build themselves up from scratch, these 101 inspirational films will help you launch into the next day with energy and enthusiasm.

Explore these famous inspirational movies when you need a pick-me-up, or choose one simply for an encouraging night in:

For those biopic lovers, these movies follow the epic ups and downs of figures throughout distant and recent history. The Miracle Worker, based on the play by William Gibson, tells of the unique and groundbreaking relationship between Helen Keller and Annie Sullivan at the turn of the 20th century. More recently, Rebel in the Rye tells the tale of J.D. Salinger and his struggles both before and after writing his widely celebrated novel, The Catcher in the Rye.

Here is a list of inspirational movies based on real people:

Inspirational Movies Based on War, Military, and Politics

Countless movies have been made over the years depicting the heroic and complex history of famous battles, leaders, and political movements. The 2014 film The Monuments Men, for example, follows the true story of an unconventional team of soldiers given the task of retrieving famous works of art stolen by the Nazis. Frost/Nixon speaks of the power of journalism through the story of an exclusive interview between Richard Nixon and David Frost three years after the Watergate scandal.

Widely topical in our time, this selection of powerful movies about social movements depict the ongoing struggle for civil rights, political uprisings and fighting for one’s belief. These range from the iconic The Laramie Project, which follows the Tectonic Theatre through Laramie Wyoming after the murder Matthew Shepherd. The powerful Selma, directed by Ava DuVerney, beautifully tells of the iconic march from Selma to Montgomery that lead to the Voting Rights Act of 1965.

Inspirational Movies Based on Science and Technology

The past century has proven how quickly technology can change our world. Understanding the movements and struggles behind these changes helps us appreciate what we have today. Movies are also a way to speak up for prominent minds, forgotten by history due to prejudice.

The recently acclaimed Hidden Figures shines a light on a forgotten story of a team of African-American women prominent in the NASA launching of John Glenn. The Theory of Everything shows a struggle against time and nature itself. From the perspective Stephen Hawking, played by Eddie Redmayne, the award-winning movie provided a glimpse into his groundbreaking findings despite a neurologically degenerative disease.

Inspirational Movies Based on Sporting Events and Physical Feats

The iconic music from Rudy comes to mind when considering the most memorable inspirational sports moments. This 1993 sports classic is loosely based on the story of motivational speaker Rudy Ruettiger. More recently, the story of Money Ball is based on the acclaimed book by Michael Lewis. Brad Pitt plays the Oakland A’s general manager in this tale of a long-time flawed system and the power of economics in the success of a team. Off the field come little-known stories like from the 2013 movie Tracks. Based on Robyn Davidson’s memoir of the same name, Tracks tells her harrowing tale of walking across 1,700 miles of the West Australia’s desert in the 1970s. Other examples include:

Inspirational Movies About the Power of the Human Spirit

Whether building a business after a life of struggle or reuniting with family through impossible odds, these movies tell of shockingly beautiful or heartbreaking struggles. Lean on Me is a not-to-be-missed story of a failing school in Paterson, NJ, in the late 1980s. Played by Morgan Freeman, a passionate yet often-infuriating principle instills new hope in the students and surrounding community. More recently, Tom Hanks stepped in to play Captain Chesley “Sully” Sullenberger in the movie Sully. The film tells of the 2009 successful landing of a major aircraft on the Hudson River and the surprisingly arduous legal struggle that follows despite his heroic accomplishment.

From changing the world to getting through life’s onerous challenges, these characters and stories inspire and enlighten. Keeping these narratives alive puts life in perspective, whether we’re facing relatively smaller or much larger issues in our day-to-day.

Inspirational movies are an excellent place to turn when seeking empowerment and encouragement from the figures of the past.