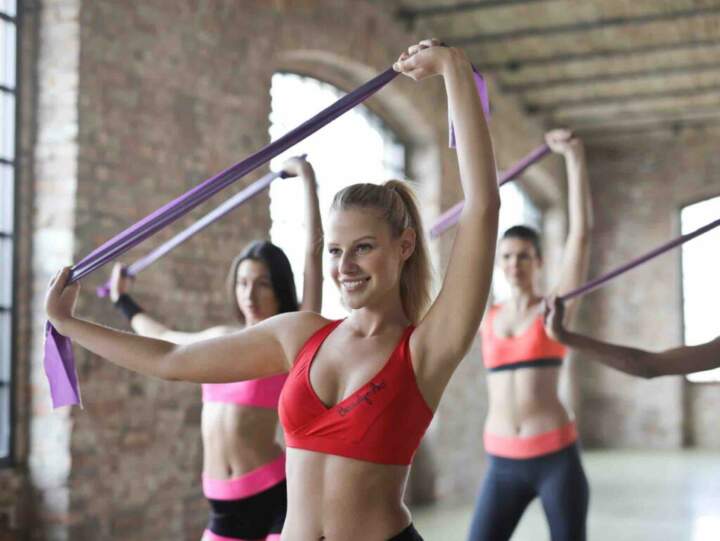 While yoga has seen a meteoric rise in popularity during the last decade, it seems that Pilates has never quite reached the same peak.

Though many yoga studios – and there are indeed many of them, an estimated 6,000 in the U.S alone – offer some Pilates classes, this gentle practice is often overlooked in favor of its higher energy, more popular cousin.

Yet Pilates is incredibly valuable to both your body and mind, and at a time when we are focusing as much on mental health awareness as our physical health, that is important.

The benefits of Pilates are extensive, and in some ways quite specific and different to those offered by a yoga practice.

Whatever your fitness level, age, or health condition, practicing Pilates can provide you with the strength, encouragement, and relief you need to feel your very best.

With that in mind, we’re providing you with all of the information you need to know about what Pilates is, and the benefits it offers.

The history of Pilates is both interesting and inspiring. It was developed as a “system” by a German man named Joseph Pilates in the early part of the twentieth century.

Chronically ill as a child with asthma, rickets, and rheumatic fever, he became determined to strengthen his body and improve his health – a determination that set him on the path to becoming a gymnast and body builder.

As a teenager, Pilates studied anatomy and sampled as many different types of exercises as he could, recording the results as he went. He studied traditional Western methods, as well as various practices that originated in the East – yoga, tai-chi, and martial arts.

As a German living in Britain during World War I, Pilates was interned as a German alien at Lancaster Castle. His knowledge of anatomy and exercise helped him get a post as a nurse, as well as a teacher of wrestling and self-defence, and it was during this time that his Pilates method began to take form.

He experimented by attaching springs to the hospital beds, and developed a series of exercises that were intended to help tone and heal wounded soldiers.

Pilates moved to America in 1923, where he opened his first studio in New York. There, he began to construct his own equipment – known as the reformer – for use in his practice.

These reformers were shaped like sliding beds that used springs as resistance, and they are still used for Pilates today.

Joseph Pilate’s method became an instant success among dancers, who found his method – initially called “Contrology” – to be the best way to both recover from injuries and prevent new injuries from occurring.

The popularity of Joseph Pilates method – and his reformer – spread across the country.

Socialites followed ballerinas into Pilates’ studio, and the practice of his method found a larger audience. Today, his method continues to focus on correct alignment, control, breathing, flowing movement, and concentration.

Believing that mind and body are inextricably linked together, Pilates is based on precise movements that focus on technique and control over repetition.

Pilates believed that the core was the “powerhouse” of the body; which is why the core – that is, everything from your Transverse Abdominis, to your back muscles, to your Pelvic Floor – is at the heart of every Pilates class.

Joseph Pilates’ system was used first to assist in the healing of soldiers wounded in combat, then dancers with injuries, so it stands to reason that Pilates is especially advantageous to those who are in recovery.

Whether recovering strength after a broken bone or finding a new sense of balance after an amputation, Pilates can help people with injuries recover more quickly, and lessen their chance of re-injury.

As so many of the exercises are performed in reclining or seated positions, Pilates can be both low impact and partially weight bearing. It is therefore a safe method of physical therapy, and is often part of the rehabilitation regime practiced at physical therapy centers.

to other conventional therapy options.

The routine can be modified depending on the person’s ability, comfort level, and the severity of their injury, and can be adjusted to suit how the patient feels on a given day.

One of Joseph Pilates’ original motivations in creating his system was his concern that a “modern” lifestyle, bad posture, and inefficient breathing lay at the roots of poor health.

Attaining correct spinal and pelvic alignment is an important part of the Pilates Method, which makes it incredibly beneficial for those suffering from backache and other spinal problems.

Inefficient breathing was another of Joseph Pilates primary concerns, and it was an especially personal one for him. As a child he struggled with chronic asthma, and as an asthmatic myself, I can relate.

Breath was one of the 6 Essential Principles of Pilates, and Joseph Pilates emphasized using a very full breath in all his exercises. He suggested that we should think of the lungs as bellows, and use them strongly to pump the air fully in and out of the body. Making good use of each breath, and breathing properly, is therefore an integral part of Pilates exercise.

For those familiar with the benefits of yoga, you might remember the principle of ujjayi breath, or ocean breath.

It involves completely filling the lungs while slightly contracting your throat, and breathing through the nose. Pilates focuses on lateral thoracic breathing or intercostal breathing instead. In this technique, you draw the breath upward and out of the low belly and focus on redirecting the breath into the back of the body and the sides of the ribcage.

This type of intercostal breathing is enormously beneficial for those with asthma or other breathing difficulties, because the goal is to draw in lots of fresh air and subsequently rid the lungs of every bit of stale air with each breath cycle. Asthmatics tend to take more shallow breaths, and can struggle with shortness of breath as a result.

While breathing deeply isn’t necessarily something that comes naturally, therefore, I’ve personally found that doing a breath-focused activity like Pilates has actually improved my “breathing stamina” – and enabled me to engage in other forms of exercise like jogging or running, which previously felt completely unattainable.

Asthmatics aren’t the only people to benefit from Pilates outside of the studio.

Though this might seem like a fast route to a great physique, this type of muscle is actually the type most prone to injury. By the same token, conventional workouts tend to work the same muscle groups over and over again – meaning that while the strong muscles tend to get stronger, weak muscles tend to get weaker.

This is called muscular imbalance, and it is the primary cause of injury and chronic back pain.

Pilates, on the other hand, works to condition the whole body – right down to your ankles and feet.

Working on your body as a whole leaves you safe to enjoy daily activities and sports, achieve better performance, and live with a lower risk of injury.

Rather than creating short, bulky muscles, practicing Pilates regularly elongates and strengthens your muscles, makes them more elastic, and gives you a greater degree of joint mobility.

A stronger and more flexible body is less likely to be injured, which is why so many sports teams and olympic athletes use Pilates in their training regimen.

4. Pilates for the Pelvic Floor

Pilates is perhaps most beneficial for women in terms of maintaining the health of the pelvic floor muscles.

The muscles of the pelvic floor form the foundation for the core of the body, stabilizing the pelvis and supporting the organs of the lower abdominal cavity (like the bladder and uterus).

The pelvic floor muscles, along with the deep muscles of the back and abdomen that I mentioned earlier, form part of what Joseph Pilates called “the powerhouse” of the body.

Childbirth, ageing, chronic coughing, and inactivity are the usual suspects for causing weakness or damage to the pelvic floor muscles.

A weakened pelvic floor can lead to problems like incontinence, diminished sexual enjoyment, and in the most severe cases, a dropping of the organs into the pelvic muscles.

Practicing Pilates regularly is beneficial and important to strengthening the pelvic floor.

Everyone should be doing exercises to support their pelvic floor!

If you’re looking for extra support outside of the Pilates Studio, consider purchasing an Elvie Kegel Trainer. It’s a fun, interactive way of working those pelvic floor muscles, and it takes just 15 minutes per week.

Joseph Pilates very quickly made the connection between mind and body. The patients at his first studio in New York engaged in what Pilates called “Contrology,” because he advocated the use of the mind to control the muscles.

Many of the things we’ve already discussed make Pilates a valuable exercise for your mental health as well as your physical health.

Focusing on proper breathing encourages a sense of mindfulness, helping you stay in the moment and lend value to the movements of your body.

Pilates is also widely “prescribed” by medical professionals as a way to reduce and cope with stress. Extensive research has suggested that exercise can actually decrease stress hormones like cortisol while increasing feel-good endorphins, which gives your mind (and body) a boost.

Pilates may therefore improve your ability to respond to and cope with stress triggers, and increase your resilience to stress in the future.

Pilates has been shown to improve memory and train your brain, as well as your body.

Unlike running on a treadmill or using a stationary bike, Pilates requires you to actively engage both your body and mind simultaneously. Whether it’s learning a completely new exercise or a modification to a previous one, your brain is challenged to learn a new skill – keeping your mind engaged at all times.

Last but by no means least, the vast majority of the research into the role of exercise in positive mental health focuses on the benefits of Pilates for those suffering with depression and anxiety. A report for the Royal Australian and New Zealand College of Psychiatrists in 2015 concluded that exercise “should be routinely included as an essential component in recovery from mental illness.”

Pilates can play a positive role in the treatment of depression and anxiety by offering an opportunity to socialize, impacting the levels of certain chemicals in the brain (serotonin, cortisol and endorphins), providing a distraction from negative thoughts, reducing stress levels, enhancing mindfulness, and helping to create a self-care routine.

Joseph Pilates once said that: “Every moment of our life can be the beginning of great things.“

Starting something new, especially a new exercise routine, can be daunting at first.

But like most things in life, you won’t regret it once you’ve started. There are so many reasons to give Pilates a go.

Whether from the comfort of your own home, or at a studio near you, step forward into a healthier mind, body, and pelvic floor, today.