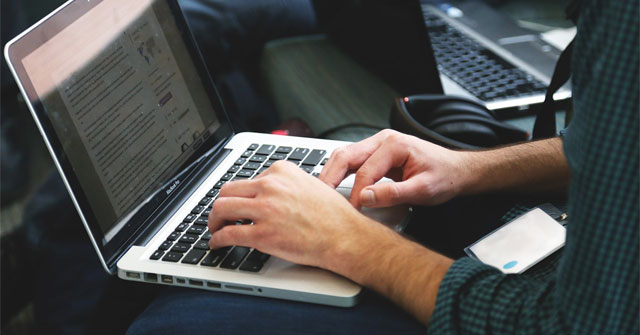 Startup founders are masters of productivity. Here are 13 productivity hacks from startups to help you be more productive.

Many of them work 12 and 16-hour shifts during their first two years in business. They’re focused, efficient, and driven.

And they’re aware of the fact that they have limited resources. It’s the combined effect of these constraints that force them to come up with creative ways to make their hours count.

So we asked a bunch of startups to share their favorite work hacks.

If you’re tired of the cliché productivity tips you see online, you’re going to love these bizarre, effective and a little crazy Productivity Hacks from startup companies.

Chris Whitrod, owner of Remote Workmate, suggests putting a rubber band (or any bracelet) in your right hand to symbolize the ‘lead domino’ in your to-do list. You can only move it to your left hand after you complete the task.

Seeing the rubber band will keep you from getting sidetracked. It’s similar to the ‘no complaint experiment’ by Will Bowen of A Complaint Free World in that it uses awareness to reinforce your goal.

2. Put A Stuffed Rabbit In Your Meeting Room

Adam Lyons, CEO of The Zebra, says they have stuffed rabbits in every meeting room.

No, they’re not used as plushy substitutes for stress balls. Lyons explains, “We sent a company-wide email explaining the rabbits: If someone gets stuck on something unrelated to the meeting’s agenda, feel free to (gently) toss the rabbit at them.

The stuffed rabbits keep their meetings on-point, and it serves as a cute reminder not to fall down the rabbit hole. “Our employee’s told us just seeing the rabbit is reminder enough– we rarely have to use them”, adds Lyons.

3. Use Break Times For Networking

Bart Lorang, CEO of FullContact, credits the sale of his first two companies to his networking skills.

Wondering how you’re going to squeeze networking in your already cramped schedule? Use lunch, dinner and other scheduled break times to grow your network. It’s easier than it sounds.

Lorang recommends, Weave, a cross between Tinder and LinkedIn, that allows you to swipe right (or left) to meet interesting and like-minded professionals from different fields.

Weave gives you the freedom to choose who you’re going to meet, unlike masterminds where you might be forced to mingle with people you’re not interested in.

Another handy tool is Let’s Lunch, a networking app where users can schedule impromptu meetings based on their availability, location and interests.

Rich Shaw, founder of Children’s News Network Inc, created his own ERP using MS Excel. “It does everything for me, including accounting, billing and branding,” he says.

Don’t worry if you’re not as savvy in Excel, a quick Google search will turn out tons of free and paid tools. For example, you can use a free invoice generator or a time-tracking and invoicing tool like MakeSome Time.

Not a service-based startup? Running an eCommerce business? No problem, the video tutorial below will show you how to create your own purchase order template using MS Excel.

5. Spy On Yourself and Minimize Online Distractions

Yeah, right. Relying on willpower isn’t enough. It’s a finite resource that quickly gets depleted every time you push yourself.

Use StayFocusd and Self-Control to block distracting websites during office hours. You might feel like an alcoholic on relapse at first but it will get easier as your willpower grows stronger.

Still can’t focus? “Identify the cause of your distractions using Rescue Time or Toggl”, says Christopher Zybert of Nedocs.

Maximize your productivity by tackling the worst job first. Simon Slade, CEO and co-founder of Affilorama and SaleHoo  says, “With that exasperating chore out of the way, your mind will be free from the anxiety it brings, and it’ll be easier to concentrate on other tasks.”

Are you a morning lark or a night owl? Figure it out now.

Jason Brewer of Brolik Digital Marketing Agency says knowing “where, when and how you’re most productive” is key to increasing your productivity with minimal resistance. So don’t feel bad if you’re a night owl. Both circadian schedules have their pros and cons, as you’ll learn in the video below by AsapSCIENCE:

“I have separate boards for each client on Trello, so they all feel like their project is my only priority,” says Chris DeLeon, founder of Gamkedo. But it’s not the only benefit. DeLeon adds, “A quick glance tells me what’s next and what’s already been done.”

However, even a compartmentalized to-do list can grow out of proportion, like a spring cleaning checklist that only had ‘paint the fence’ at first, but evolved into a full blown house makeover later on. The Kanban method can prevent this.

Kaban with Trello provides a visual overview of your to-do list, while minimizing distractions by forcing you to focus only on what’s on your plate.

9. Use A Managed Email System

Startup founders and their team handle more emails than most people. One missed email can severely affect everyone. But startup teams aren’t the only ones suffering from email mismanagement. You might be one, too.

Use a managed email system like Inbox for Gmail, Sanebox, or Thunderbird to tame your overloaded inbox. The features vary but these tools can help you schedule emails to pop up when you need it, mark emails as ‘done’ and organize them as you see fit.

“Using such tools might seem like more trouble than it’s worth, but you’ll get hooked once you get the hang of it,” says Rachel Collins, CMO of Danny Group LLC.

10. Reply To Emails When The Recipient Is Asleep

The more emails you send, the more replies you get. Normally it’s not a bad thing, until you’re swimming in unread emails.

Avoid this by replying either late at night or early morning when the recipient is asleep. It’s easier to process dozens of unread emails if you’re not caught up replying to instantaneous responses.

11. Have ‘No Meeting Wednesdays’

The purpose of the rule is to give employees of all levels a solid block of distraction-free time to work.

Whereas managers are accustomed to interrupting other people for meetings and other errands, a maker’s (ie. non-managerial employee) quality of work is drastically affected by interruptions, according to the guidelines Moskovitz posted on Quora.

You know that nagging feeling, when you think there’s something you need to do but don’t know what it is?

In David Allen’s bestselling book, Getting Things Done (GTD), he explains how people create unnecessary stress by postponing little tasks, thinking it won’t affect them. In reality, it just builds up and is often the cause of those nagging feelings.

Paul Nadjarian, founder of Mojo Motors uses GTD’s 2-minute rule for emails. “If I can respond, forward, delegate it in two minutes or less, I do it right away,” explains Nadjarian. It’s not just emails though. You can use it for any distracting task that comes your way.

Vladimir Babarykin, CEO of SpatialNote, says “work on 1% (or less) of the things you could do, and kill the remaining 99%.” Now that’s radical focus right there!

After a year of running his company, he decided to document every suggestion he and his employees came up with. After rounding them up, he counted about 1500 ideas from his team.

Knowing it was impossible to act on even a tenth of those ideas, he devised a way to filter the suggestions so he could find the best ones.

Bottom line: “Create a guideline to filter the ideas that pop in your head. Resist the shiny object syndrome”.   (Tweet this quote)

It’s easy to envy people who have it all — a successful startup, entrepreneurial instinct, and an undying motivation to succeed. But what you’re seeing isn’t the whole story.

Startups CEOs and their team have bad days, too. They just leverage different strategies to maximize their productivity, which in turn accelerates their path to success. You don’t have to be in a startup to use these productivity hacks.

Which of these tips are you going to try today?

Is there an awesome productivity tip; you think I haven’t heard of? Let me know in the comments. I’d love to hear what you think.